Lupulin Brewing and Melvin Brewing are excited to bring you a collaboration almost four years in the making. One epic road trip back in 2017, lots of beers, and even a night spent dancing with an elephant on a rooftop bar in Denver has led to the most epic liquid collaboration. Lupulin Co-Founder Matt Schiller remembers the journey well, "We were somewhere around Sheridan on the edge of the Bighorns when the thoughts began to take hold. I remember saying something like, "I feel a bit light headed, maybe you should drive, Jack..." Then suddenly, there was a roar, and dreams of hop saturated liquid began flowing through the sky, flying and diving around the car, which was going about a hundred miles an hour with the top down to Alpine, WY."

Operation CoHoperation - Melvin, the latest in Lupulin’s collaboration series, is a 9% West Coast Style Double IPA with a bold and fruity kick. A clean canvas malt bill supports the bodacious amounts of Simcoe and Columbus hops serving up their grapefruit and dank aromas. Then they bumped it up a notch with Talus to add citrus, woody and floral notes for a perfect balance between two breweries. Operation CoHoperation - Melvin will start hitting shelves this week!

"We've been fans of the Lupulin Brewing crew since we first met, and finally the stars aligned so that we could make this collaboration. Both breweries have a big appreciation for classic West Coast IPA, and we make it a little different here on the West Coast of Wyoming, so it was fun updating a more old-school recipe to bring people the best of both worlds." Said Travis Cooke, Marketing Director for Melvin Brewing.

The Bomb Beverage from Jackson, Wyoming are also partnering with Lupulin Brewing Company to make this collaboration brew available in the state of Wyoming. Owners Zach Padilla and Nick Spaulding assisted Lupulin in getting licensed and registered in order to make it possible to showcase the collaboration in Melvin's local market, beginning on March 1st.

Lupulin Brewing is a family owned microbrewery and taproom located in Big Lake, MN and Sioux Falls, SD, dedicated to making unique beers with attention to quality and flavor. Our company philosophy is one of community involvement, access to the public, and a little splash of idiocracy along the way. Lupulin Brewing can be found online at www.lupulinbrewing.com, on Facebook (@LupulinBrewing), Twitter (@LupulinBrewing) and Instagram (@lupulin_brewing).

Melvin Brewing was born in the back of a Thai restaurant in 2009, when founder Jeremy Tofte decided to bring beers from the future to Jackson, WY. Six years later a 30-barrel production facility was unveiled in Alpine, WY, population 750, and from this Mothership, Melvin started shipping beer across the U.S. and went on to win Brewery Group of the Year at GABF in 2017. You can find Melvin Brewing at www.melvinbrewing.com, on Facebook (@OfficialMelvinBrewin), and Instagram (@melvinbrewing). 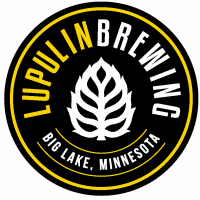